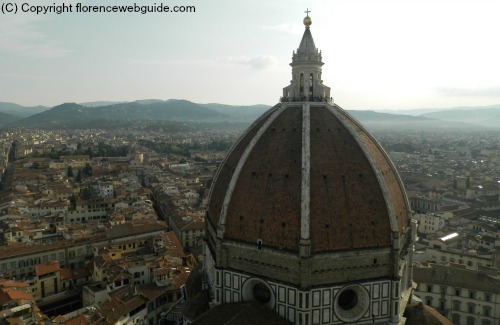 The Florence Dome is THE iconic symbol of the city skyline.

Of all the masterworks that Firenze has to be proud of (and there is no lack of choice), Brunelleschi's cupola is the city's greatest pride.

It's strange, but even though the dome is a part of the Florence cathedral, it has taken on an identity and a life of its own, it's seen as 'separate' somehow.

In part this is undoubtedly due to the fact that the cupola is - by far - the cathedral's most spectacular feature.

But also because the whole structure of the dome is separated from the building beneath it by a masonry drum which makes its spatial position seem 'in the heavens'.

Brief History of the Dome of Florence

Although the cathedral was mostly completed by the start of the 1400's, the problem of the dome seemed unsolveable. 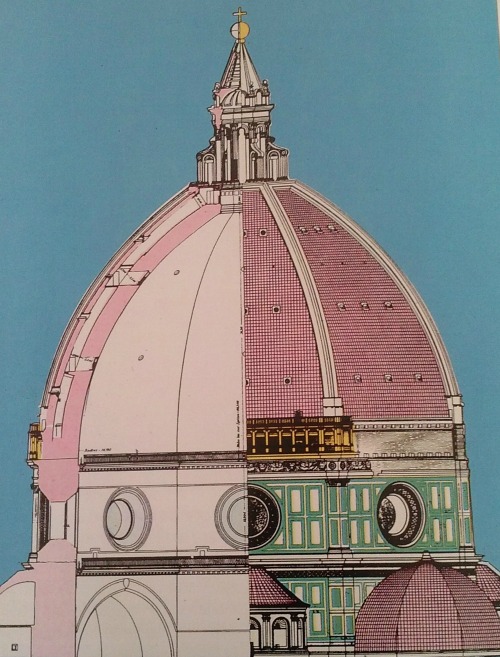 The space to be covered was enormous and nobody could figure out how to construct a dome so big and heavy without it buckling under its own weight.

A dome so large had never been constructed before.

Imagine the situation: there's a church being built and for the most part the structure is complete, but where the dome is supposed to be there is a huge gaping hole.

This hole was there for nearly one hundred years, while the conundrum of the Florence dome - how to build it and keep it up - was studied by many.

It was finally Filippo Brunelleschi who came up with a solution which was extremely innovative at the time, namely, a self-support system and no scaffolding.

With this procedure the dome supported its own weight as it was being built due to the way the bricks were laid, in a fish-bone pattern so that they would not buckle under the strain.

Moreover, Brunelleschi designed the cupola to have an inner and an outer shell.

The 'inner dome' is extremely thick (2 meters wide) and serves as a support system for the outer (visible) dome which is set on top.

Climb Up the Florence Dome

Climbing up the dome isn't just climbing up to stand on the terrace at the top and see the great views.

What's special about it is that the actual walk up may be even more fascinating than the arrival!

The (very narrow) stairwell is located between the inner and the outer structure of the dome, so you are actually walking in the middle of the two 'shells'. 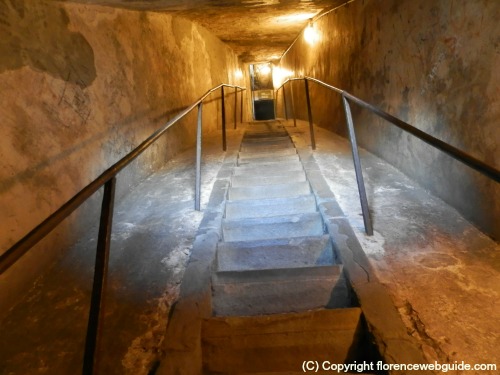 This lets you see the way it was constructed, the innovative fish-bone brick laying, and its support systems up close.

Moreover, you also get to stop on your way to the top on the gallery landing just below the painted frescoes that decorate the inside of the dome.

Seen from below in the cathedral these paintings are beautiful, but a maze of colors and images...

From up close you can see the details and facial expressions of the figures in Vasari's 'Universal Judgement'.

The gallery goes around the whole circumference of the dome and then continues on up. 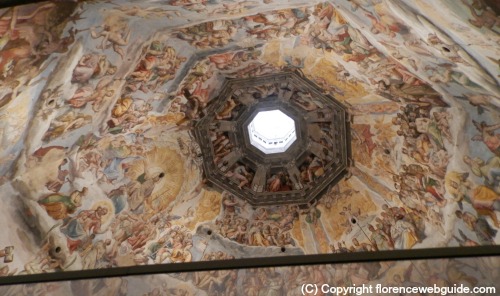 Once you get to the top you have a 360° panorama of Florence!

On a cautious note: unlike Giotto's bell tower, this terrace has no high protective fence (the railing you see in the pic below is all there is), so people with a fear of heights beware! 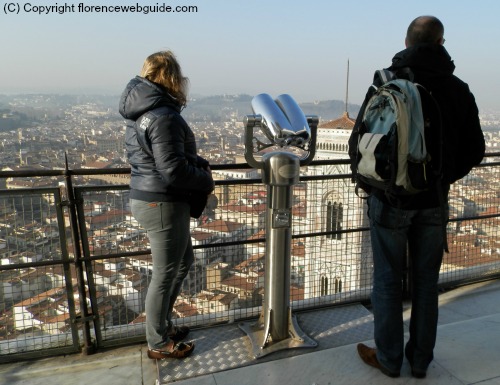 The lantern is the highest summit of the Florence dome.

The lantern was also designed by Brunelleschi, with a bronze sphere and cross at the top by Verrocchio (circa 1470).

This terrace in the pic below shows the terrace and railing surrounding the lantern, your destination when you climb up the dome of Florence! 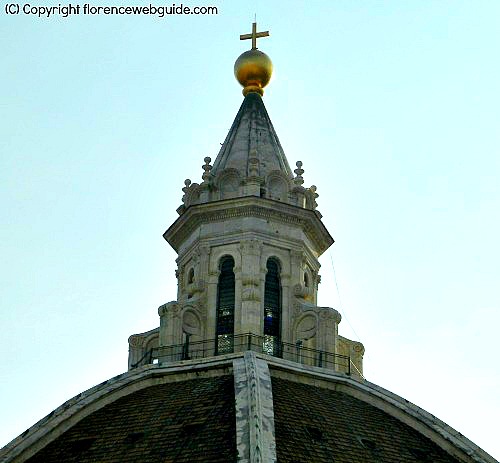 Climbing up the dome is one of the things to do in Florence that has the longest lines.

Therefore, I highly suggest you get there early, just as they open, especially in summer months.

Alternatively, you can book a SKIP-THE-LINE guided tour which takes you up the dome, in the Cathedral AND in the Cathedral Museum, all with an expert guide who will fill you in on all the history!

where: piazza San Giovanni, entrance is through 'Porta della Mandorla' (facing cathedral, it's the left side of church)

back to Homepage from Florence Dome